(You'll pick your shipping method in the next step)

How the overwhelm of motherhood led to me starting my business

How the overwhelm of motherhood led to me starting my business

I started KIT after finding myself flailing around in a fog 18 months into motherhood.

Up until giving birth I had enjoyed the ignorant privilege of a middle-class upbringing. My family are from, and I still live in, a small ex-mining town in the east-midlands. I grew up in the countryside with my parents, who are still together, and my younger brother. We had a big garden, a nice house and lovely holidays. I did well in school, went to uni, met my future husband, graduated, got a job doing what I wanted to do, bought a house, bought a cat... then a dog and got married. So far so middle class white woman.

Then I had a baby - turns out that's harder than anyone lets on. I remember the feeling, about a week in when we were home and in the newborn bubble, of intense protective love for my daughter washing over me. In one sense I took to motherhood straight away. I knew what my baby needed, I breastfed for 18 months, I loved looking after her. But at the same time, being a stay at home was not for me.

My baby didn't sleep unless she was in my arms - ever. I was tired and anxious and days and days of this reality stretching out in front of me made me resentful. I still feel triggered by it now when people talk about how their babies are sleeping.

After going back to work part-time I felt a potent mix of resentment for being paid half the salary to do the same job in fewer hours, and guilt for not being a stay at home mum. I became short tempered and joyless. I wasn't fun to be around.

I eventually saw a doctor who pointed out, very kindly, that I seemed to have a solid support network and maybe I should ask for help instead of taking everything on by myself. So I tried it and it turns out that my husband was in fact willing to take on his 50% of the domestic load - it was me who was stopping him by being a martyr and criticising when things weren't done my way.

During this time I had started following @mother_pukka and the #flexappeal campaign. Armed with the knowledge I learned there I asked for flexible hours at work, on full pay and got it (I had already spent 12 months proving I could do the job in 20 hours instead of 40). This freed up my brain and some cash which I would eventually use to pay a start-up loan.

Then I looked for ways to simplify my life - small changes to lighten the mental load. Like spending less time shopping for kids clothes and making everything in my daughter's wardrobe mix and match to reduce my daily decision fatigue. The idea for KIT started to develop and after a lot of evening and weekend planning here I am, almost two years later, about to open pre-orders on my very own range of kids clothes; ethically sourced because I know first hand how shady the clothing industry is and KIT is about helping people - not just parents but the people who work in my supply chain. They are all paid a living wage and guaranteed safe working conditions, helping them to support their families, because without the support of my family, KIT would never have become a possibility.

Pre-orders open on Monday 26th October.To get 10% off your first order get yourself on my mailing list at kitclothing.co.uk 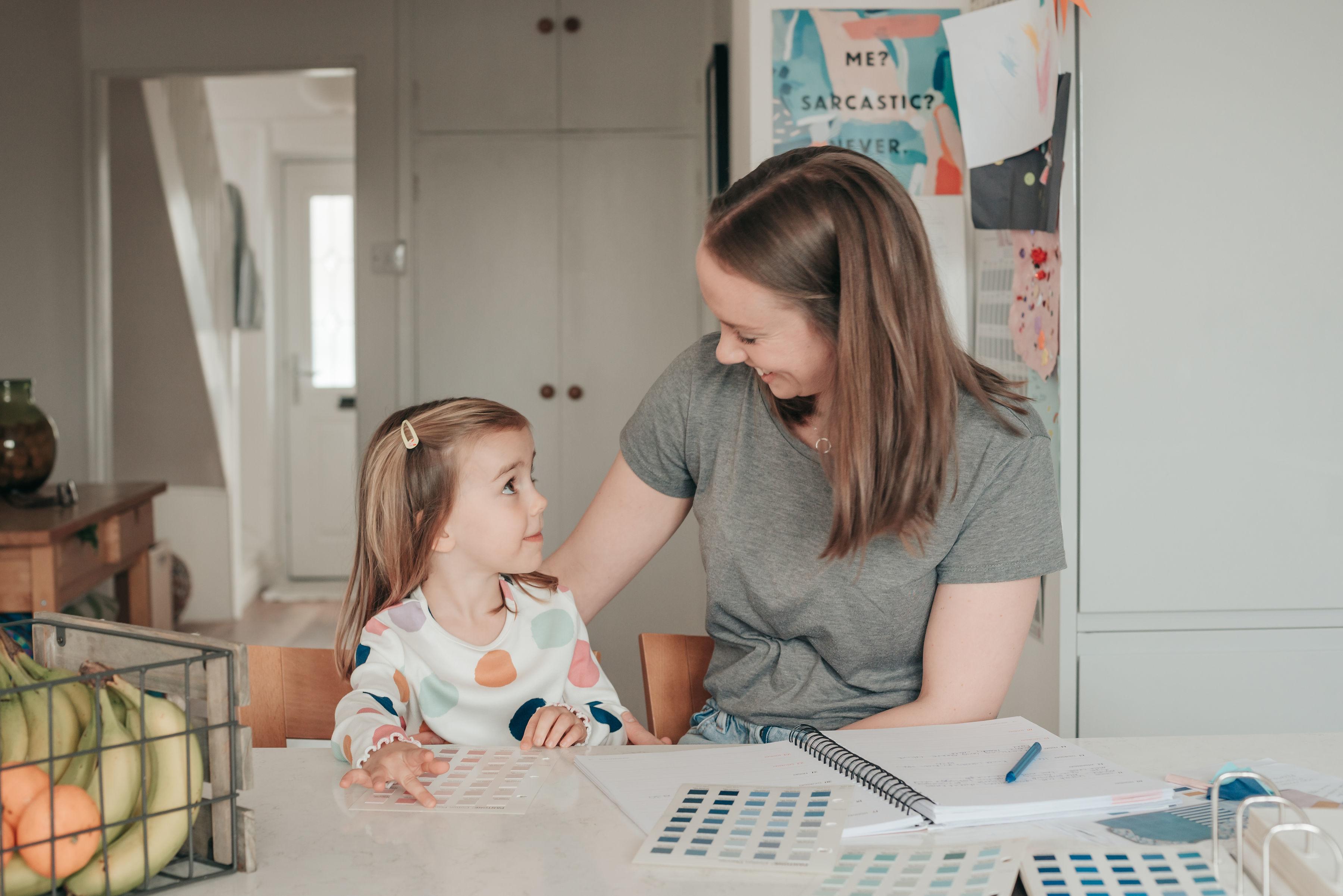